It’s your big day of course, and you’ll want us to capture those memories for you in a way that’s beautiful to look at, and will really mean something to you. We’re ready to get the very best results, so here are Manchester TNWS exhibitors Freeze Frame Production’s eight top tips to help you make sure you get the wedding video you deserve.

1. Talk to the right official people in advance

Make sure all the venues involved in your wedding know that you’re planning to film it. Usually there aren’t any issues with civil ceremonies, but many churches charge for filming weddings on their premises. Some religious venues may even have restrictions on any filming taking place at all.

Please ensure that you’re cleared in advance for filming to avoid any unexpected obstacles or objections on the day. Filming your wedding with a hidden camera may have a certain novelty value but it’s not likely to capture the joy of the occasion.

2. If there are going to be surprises we should know

You may want to surprise one another on the day, or your parents, relatives or friends may have a surprise for you. If you want these captured on film then we really need to know about them before the day itself. We’re completely discreet so if anything is being arranged, please make sure that someone keeps us in the loop. It’ll stay a secret, but we’ll be on hand to get it on film.

Also, if you’ve planned a first-dance extravaganza with intricate choreography after months of hard training please let us know, because we’re sure you’ll want to preserve every moment on film, as dynamically as possible.

3. Have us ready for the day’s magic moments

It’s a wedding, so throughout the day there are going to be things happening that you’ll want captured on film. This might be a gift from the groom during the bride’s preparations beforehand; gifts to the bridesmaids; the first appearance of the bride in full regalia; the long-lost relative appearing; the arrival of the wedding car. You get the idea.

We want to avoid the hand-held documentary effect of us dashing madly about, chasing events, unless, of course, that’s the look you’re going for in your video. 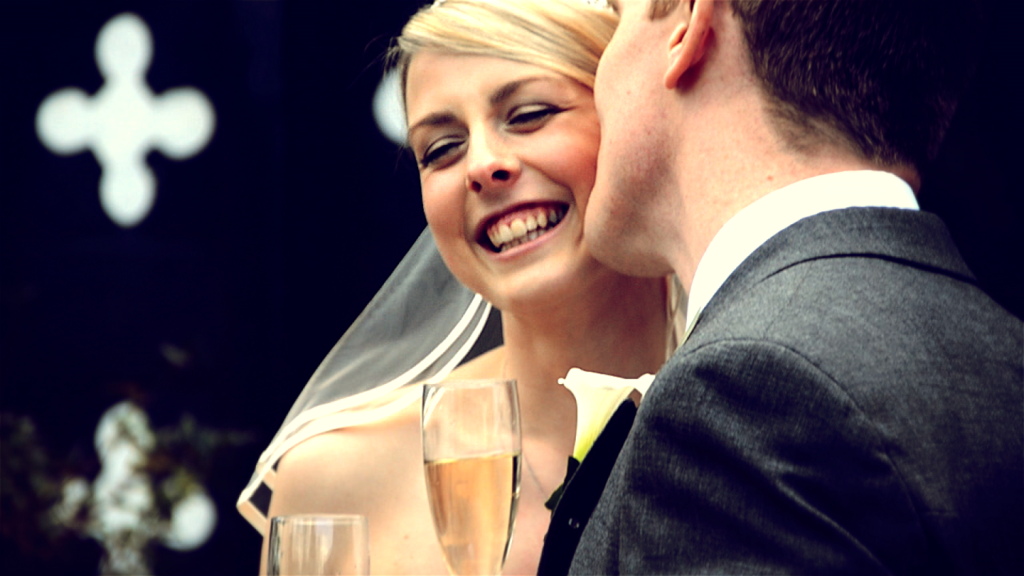 This is nice to have but tricky to get right. If you’re not careful, asking wedding guests to give a message to the happy couple on camera becomes more like a media doorstep ambush, with predictably messy results. Our tip: prep your speakers. Before the actual wedding, ask three or four people who are important to you if they’d be willing to give a message on camera on the day.

You can also add-to by getting someone within the wedding party, for the bride or groom, to encourage guests to give messages. The idea is to avoid surprising people on the spot. A little preparedness helps. And we can ask a short series of key questions too, to get them talking, so that no one is left thinking they don’t know what to say.

5. Keep the story natural and flowing

At the wedding reception we’d rather not just film guests lined up for shots, but instead capture a real sense of the occasion. Save the portraits and group shots for the official photographer.

Give us the freedom to document how the event actually unfolds, from the formal moments down to the little details. The more natural it feels, the more it will flow, and the more you’ll get out of it when you revisit it in the years to come and share it with others.

6. Make it short but memorable

We specialise in the short-form edit, telling the story of your wedding day stylishly in a montage of scenes with music, including clips of the ceremony speeches and guest messages. Our packages run around 20-25 minutes, capturing the day and its special moments in a form that’s easy for you to watch back without being bored! Many of our wedding couples have said they prefer this format as its something they can easily return to time and time again, and share with their friends and family.

You can choose the music for your main wedding film but we’ll need to buy a wedding music video licence to cover it – breaking copyright law isn’t the best way to start married life. Some music will work better for different parts of the big day and some music really is impossible to edit to and should be avoided. Talk to us, give us a list of ten or so tracks and let our creative instincts do the rest. 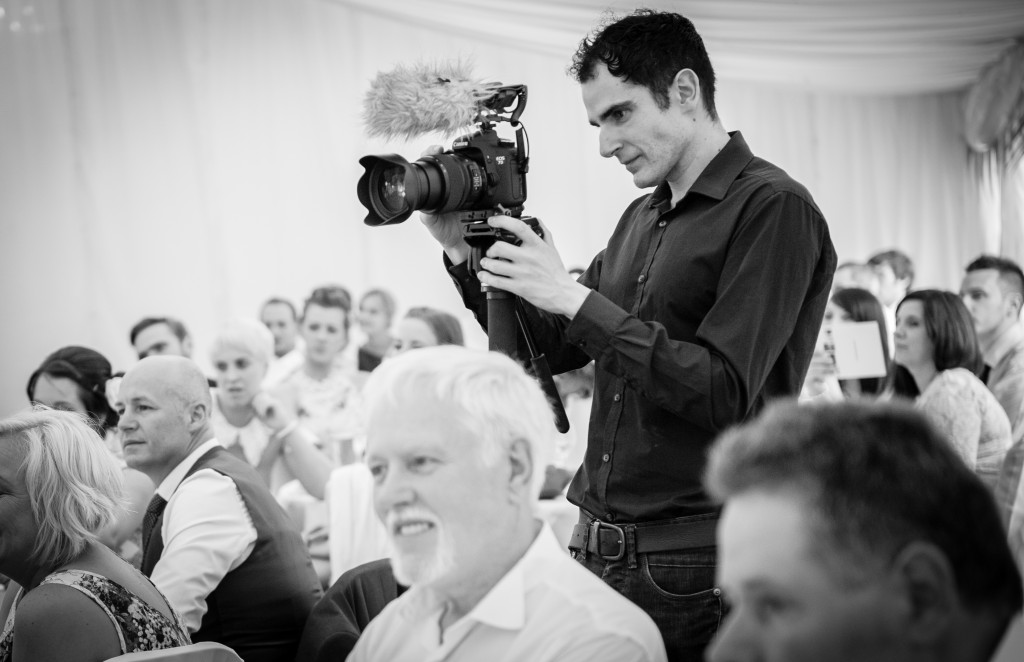 8. Think before you book a videographer

Each wedding couple is unique. You’ll have your own ideas about what you want from your wedding video. You’ll have a budget but bear in mind that saving a few pounds might not result in something you’ll cherish in years to come. We’re talking about your memories here so think about what it is you really want your film to achieve, and find a videographer who will fulfil your needs. If you want a short form edit don’t book a long form specialist, and vice versa.

Draw up a shortlist and talk to the companies on it first before committing. Find someone you feel you can trust and get along with, and who is willing to produce the kind of film you want, in a style that suits you. 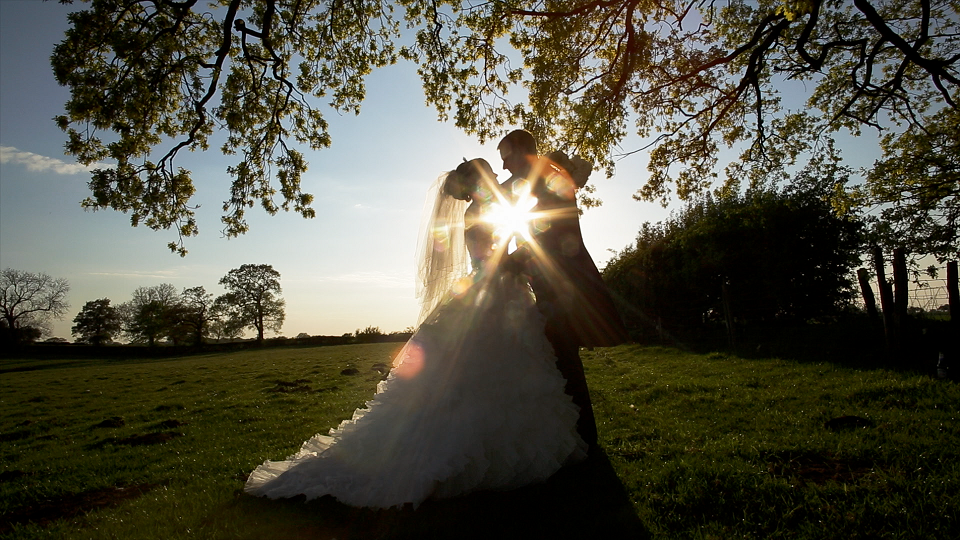 We’re Wedding Videos by Freezeframe and we’re wedding film specialists. We’ll tell the story of your big day so that it will really resonate and become a part of your most valued memories.  We will be at The National Wedding Show this weekend in Manchester on Stand G23!

Find everything you need to plan the perfect wedding under one beautiful roof. Amazing wedding dresses, stunning catwalk shows, expert advice and the chance to meet your potential wedding suppliers face to face. Don't miss the free creative workshops taking place in The Inspiration Lab, swing by the Grooms' Room to find the perfect suit and don't forget to take time for a glass of bubbly in The Champagne Bar! Make sure you vist The National Wedding Show in 2019!

Sign up to our newsletter and be in with a chance of winning a £5,000 shopping spree at the shows! Plus get access to exclusive show news and offers!